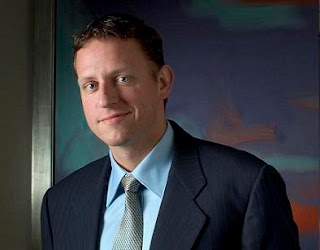 Senior year is stressful for a lot of students. Most are concentrated on getting good grades and academic honors so they can get into a good college and have a better life some day. A lot of students do a lot of hard work in order to earn money to go to college. However, two dozen students from around the country will, instead of going to college, be paid to not go to school.

That’s right, 24 gifted technical students from around the country will each be given a $100,000 scholarship by San Francisco tech tycoon Peter Thiel with a little catch, that they do not go to college this coming fall. Instead of going to school, these students are receiving the $100,000 so they can chase their dreams for the next two years.

“It seems like the perfect point in our lives to pursue this kind of project,” stated Nick Cammarata, a gifted computer programmer who recently got accepted into the esteemed computer science program at Carnegie Mellon’s University. He, along with 17-year-old David Merfield, will be working on software designed to upend the standard approach to high school teaching. Merfield is turning down an opportunity to attend Princeton University in order to participate in the scholarship.

Each applicant for the scholarship was asked to design a project to change the world. Thiel personally hand-picked the winners based on these projects. While all the ideas span different disciplines, they all have a high technology angle to them. According to Thiel, “One winner wants to create a mobile banking system for the developing world. Another is working to create cheaper biofuels. One wants to build robots that can help around the house.”

This scholarship could not have come at a more interesting, and quite possibly crucial time as the debate over higher education’s value is becoming quite heated. There are thousands of new graduates who are swimming in student loan debts and are encountering one of the hardest job markets in decades. Many people are pondering whether or not a college education is worth it given the rising tuitions and diminishing prospects.

“Turning people into debt slaves when they’re in college students is really not how we end up building a better society,” Thiel added. Thiel made his fortune as co-founder of PayPal shortly after graduating from Stanford Law School. After that he became the first major investor in Facebook. Thiel is adamant in his belief that innovation has become stagnant in the United States and that radical solutions are needed to push civilization forward.

One such effort is the “20 Under 20” fellowship. Thiel believes that the brightest young minds are able to contribute more to society by skipping college and bringing their ideas to the real world right away. However, not everyone can be as fortunate as Thiel and Mark Zuckerberg of Facebook.

Director of Research at Duke University’s Center for Entrepreneurship Vivek Wadhwa doesn’t agree with Thiel and sees his new program as sending a message that anybody can be Mark Zuckerberg. “Silicon Valley lives in its own bubble. It sees the world through its own prism. Its got a distorted view,” Wadhwa stated.

Wadhwa also added, “All the people who are making a fuss are highly educated. They’re rich themselves. They’ve achieved success because of their education. There’s no way in hell we would have heard about Peter Thiel if he hadn’t graduated from Stanford.”

Thiel retorted that the “20 Under 20” should not be judged on the basis of his own education background or the merits of his critique on higher education. Thiel has urged critics to wait and see what these individuals achieve over the next two years.

Could this be a new revolution in higher education? Or will the world push these students, as well as their ideas, away due to their lack of college education?